Founders and Founders have collected data on world’s top-earning entrepreneurs. Really interesting fact about billionaires is, that almost 70% of them are self-made aka. Started From The Bottom Now They’re Here. This sample of billionaires is interesting to study. More than 85% of them have earned their money thanks to multiple businesses. Remaining roughly 15% have focused only on one business for example like Mark Zuckerberg or Bill Gates.

Let’s take a look at the path of the most successful serial entrepreneurs:

This American gentleman who was called Sheldon before it was cool started with selling newspapers at the age of 12. When he was 16 he moved to a vending machine business. Later on, he attended City College of New York. Just like many other successful people, he decided to drop out.

After the college, he started to sell toiletry kits and chemical sprays used to clear froze windshields. In the 1960s, he started a business with charter touring and became a millionaire. By his 30s, his career was like a rollercoaster. He had earned and lost all of his money twice.

The real breakthru for his career was Comdex – a computer trade show. After that, his business ideas spread even more. He started operating casinos, building hotel resorts and even starting his own newspaper.

Mr. Lefkofsky from Detroit, Michigan started his first business on a university. He was selling carpets. After graduating law school, he moved to a fashion by buying apparel company – Brandon Apparel. 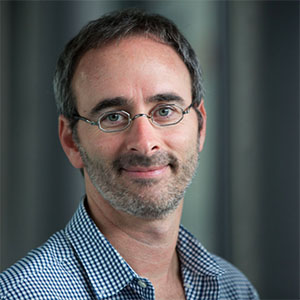 In 1999, Lefkofsky created an early Internet company which ended up which was sold to Halo Industries in January 2000. Continuing working on this project wasn’t very lucky because a year after this company bankrupted.

In 2001, he co-founded InnerWorkings. This company provided print procurement services for mid-sized companies. All of the companies are followed by Echo Global Logistics which provided logistic services and an advertising software firm called Mediaocean. In 2008, he started Groupon which is global e-commerce marketplace. It is considered fastest growing company in the world.

Despite his last name, he is American businessman, who started his career by selling garbage bags. His first serious business was MicroSolutions – system integrator and software reseller. After selling MicroSolutions, his attention was brought to a new project – Broadcast.com. This sports broadcasting web was a huge success. Elon Musk was born and raised in South Africa. When Elon was 10, he taught himself computer programming. At the age of 12 created a video game called Blastar, which he sold for $500.

1999 was for Musk game changer because he started X.com which later became Paypal. In 2005, Paypal was bought by eBay for $1.5 billion in stock.

In 2002, Elon moved from software and IT business to space launch vehicles company called SpaceX. In 2008, he became interested in electric cars and takes a leadership of Tesla Motors. He also remains the largest shareholder of the SolarCity. This company provides solar power systems in the United States.

This English person is one of the craziest in terms of serial entrepreneurship. He is a founder of more than 400 companies. He has been doing almost every segment consisting of records store, recording studio, film distribution, video games publishing, air balloons renting and of course airlines or launching space tourism.

This attractive infographic from fundersandfounders clearly shows how important it is to go after many ideas and opportunities: