If the cover letter is dead indeed, there’s another pressing question we need to ask: Who killed it? Cover letters rarely die of natural causes and this murder mystery is long overdue for a solution.

The cover letter had been around for centuries. Leonardo da Vinci reportedly wrote the first cover letter in history in order to pitch his services to the Duke of Milan. This makes it even older than the resume itself. The cover letter was never loved but somehow it was always around, allowing us to make strong cases for our candidacies. What did bring about its undoing?

Suspects are many and easy to find. Ultimately, however, it comes down to three: social media, networking, and the cover email.

The cover letter is dead. It was never loved and its enemies were many.

Let us examine the evidence first. Most witness accounts suggest that cover letters hardly ever get read. A study conducted by reCareered found out that 90 percent of hiring managers mostly ignored cover letters and 97 percent based a decision whether to interview a candidate on the resume only. That was back in 2009, the same year iPhone 3GS came out. Imagine how much has changed since then.

Today, you could hardly find a company that still asks for cover letters. One of the reasons is that most candidates can’t write them well. Because of this, recruiters usually end up with a heap of generic write-ups that don’t help them find the right candidate in any way. Another reason is that candidates generally hate writing them. If you insist on including a cover letter, you’ll probably repel some of the best people you could have found.

“Social media, networking, or the cover email all replaced it in one way or another.”

In the end, however, the cover letter was killed in a turf war against its indirect competitors. Social media, networking, or the cover email all replaced it in one way or another, effectively burying the body of the cover letter at the periphery of the HR world.

If social media were the main offender, then the death of the cover letter would be most likely unintentional. Why is that?

Frankly, there was never enough direct competition between the two. The main purpose of a cover letter is to make a strong case for your candidacy for a position. Social media, on the other hand, simply allow you to share stuff with other people in your network.

Still, unless you’ve been living under a rock for the past decade, you know there’s such a thing as your social media footprint. You probably also know that anyone can access it without too much effort. And recruiters always scour social networks for skilled candidates.

Whenever you apply for a job, your social media profiles come under a scrutiny. A quick look reveals much about your views, activities, and personality. Depending on your digital footprint, this can be either an advantage or a disadvantage.

First, your Facebook photos alone reveal far more about you than a carefully prepared cover letter. Therefore, even if you’re not applying for a job at the moment, you should always carefully curate all the content you’ve ever shared on social media.

Second, a well-managed LinkedIn profile will make recruiters approach you. This is also one of the reasons why the cover letter is dead. After all, you only have to write one when it’s you who’s approaching a company, not when it’s the other way around.

The cover letter has no place in a world of employee referral programmes. After all, there’s no surer way to employment than having someone at a company to personally recommend you. Employee referral has always been there, in one way or another, somewhat hidden under the guise of old-fashioned networking. Recently, however, many companies began to actively encourage it and today 75 percent of companies use employee referral systems.

Employee referral hires are cheaper, have much higher retention rates, are easier to train, and generally produce 25 percent more profit for their companies than regular hires.

Moreover, 70 to 80 percent of job openings are reportedly never posted online. All of these people get hired through old-fashioned networking or employee referral instead of regular job applications. Unfortunately, the cover letter only makes sense in a world where most jobs were filled through job advertisements.

This murder case, however, seems to be a bit more complicated than we could have thought. Just think about it. When you look up “cover letter is dead” in your favourite search engine, you’ll immediately find a heap of articles for every year between about 2009 and 2017. If the cover letter is dead indeed, why is it that someone somewhere still needs to proclaim it dead again and again? How come the cover letter hasn’t faded into obscurity yet?

“Why is it that someone somewhere still needs to proclaim the cover letter dead again and again?”

Well, the obvious answer would be that the cover letter is still well alive and kicking. Sure, it has changed its form over the years. Some people say that cover letters were superseded by cover emails – short introductory emails you attach to your resume. This is only too fitting for an age in which regular letters have been relegated to the status of papyrus manuscripts as something charming. From such point of view, the cover letter is dead indeed. Long live the cover email then!

When should you attach a cover letter anyway?

Short answer – every time you’re approaching someone at a company you don’t know. Sure, your online presence and networking took upon themselves many of the roles originally filled by the cover letter. However, this doesn’t mean that the cover letter is dead. It still has its use.

The original purpose of a cover letter was to make a strong, specific case for your candidacy for a position. Whereas your resume will always be a list of your skills, a cover letter allows you to to create a brief argument. It would be foolish to underestimate the persuasive power of a strong argument. Learn how to write excellent cover letters.

Introduce yourself with a BANG!

Create a cover letter that makes a powerful impression. Choose from 35+ design templates. Cover Letter vs Resume: 7 Key Differences and the Art of Writing Them (+Examples) 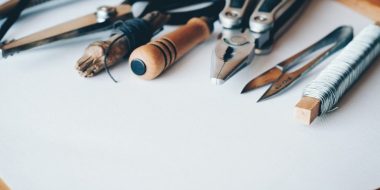 13 Terrible Cover Letter Phrases and How You Can Fix Them