Do you feel like you work really long hours? And probably harder than anyone else? Unless you’re Mexican, the chances are you’re probably wrong.

That is, if new data from the OECD (Organization for Economic Cooperation and Development) are anything to go by. The OECD found that the average Mexican spends 2,255 hours at work per year — the equivalent of 43 hours per week.

That doesn’t sound like too much, right? After all, most of us work 40 hours weeks. Or at least, that’s what we tend to believe.

But then again, let’s take a look at Germany, Europe’s leading economy. The average German only puts in a comparatively meagre 1,363 hours.

Yet, no one in their right mind would accuse Germans of slacking off. Or the Japanese, for that matter, who only do 1,713 hours per year in average. (The Japanese even have a word for overworking yourself to death!)

How do Germans keep their economy going in spite working fewer hours? In part, they owe it to their ability to maintain high productivity levels.

Take productivity into account and you’ll find Mexico and Germany on the opposite sides yet again.

Germany ranks among the top 8 most productive OECD countries, together with countries like France or the United States. Mexico ends up dead last, just behind Russia.

In other words, employees in the more developed countries are able to produce more wealth than others despite working less.

But wouldn’t that mean that Germans simply work harder? And Russians and Mexicans are just lazy? Not at all.

Productivity doesn’t work the way you think it does.

If you want to understand what’s really at play here, you need to know how productivity works and how it’s measured.

Put simply, productivity is how much you’re able to produce.

But then again, there are many things that influence how much you’re able to produce, other than worked hours.

Let’s say you need to paint three identical walls. The first one is difficult but then you learn a more efficient brush technique. You have the second wall painted in no time.

And then you find a larger brush! Suddenly you’re able to paint the third wall even quicker. It looks nicer too.

In this situation, knowing how to do things efficiently and having better tools helped you become more productive.

Along the same lines, you could say that Germans are simply more experienced at painting walls. They also have a collection of huge, high-tech brushes. Whereas Mexicans do not.

Get a new job 60% faster with a standout resume.

But ultimately, working long hours is almost always bad. Moreover, it doesn’t affect productivity in any significantly positive way. Especially not today, when people’s ability to focus is more precious than ever.

Just try to concentrate when you’re overworked and have only slept 6 hours.

It’s no accident that most countries that enjoy the best work-life balance work less than 1,500 hours per year. These are the countries like Denmark, the Netherlands, Norway, or Germany.

And finally — working long hours can seriously damage your health.

It makes you fatter, increases your heart disease risk and risk of death from any cause. It can also give you diabetes, and make you stressed and depressed.

Just something to think about the next time you feel like staying overtime for a bit more cash.

Tired of your old job? Maybe it’s time to quit. Check out these 5 signs you should quit your job as soon as possible! These Are 10 Good Reasons to Change Careers in Your 20s 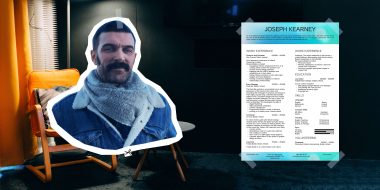 “I’m a Social Media Wizard Working for a Gay Dating App.” (The Story Behind a Resume)